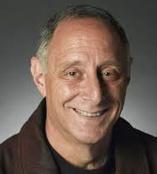 Craig Cooper is an Advisory Board member of the Positive Community Connections. He is the father of a beautiful daughter, who has been diagnosed with Aspergers Syndrome. Craig has been a vocal advocate for his daughter and gives generously of his time to work with other families, as well as speak to individuals who are training to become support staff for members of the disabled community.

Craig has been the owner of Craig Cooper Productions since 1989. For more than 20 years, Craig has earned distinction in the New York metropolitan area as an award-winning video producer, interviewer and event planner. He is a resource for creative and communication services among a wide range of clients representing many industries and not-for-profit organizations.

In 2009, Craig co-wrote, produced and directed "Hate: Crossing the Line," a video about Hate Crimes. The presentation earned 2nd place in the US International Film and TV Festival, and won both Silver and Bronze Telly Awards. This was followed by two Bronze Tellys in 2010 for his video for the Long Island GLBT Services Network. His previous awards include many National Finalists in the Telly Awards and five BOLI (Best On Long Island) Awards.

Craig joined the American Red Cross in 2006, and became a National Spokesperson in 2010. He is married, has three daughters and lives in Smithtown, Long Island, New York.